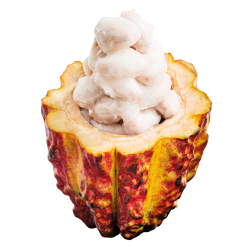 The bright side of Cacao

As a complement to the chocolate beans, the white flesh surrounding them is characterized by a unique, refreshingly sweet and sour taste.

As a result, the cacaofruit adds a special exotic touch to beverages, baked goods, desserts and ice cream in particular.

Cacaofruit is rich in valuable nutrients, fiber and a source of potassium. The fruit also contains many other nutrients and minerals such as magnesium, manganese, calcium, phosphorus, iron, zinc, vitamin B5 and vitamin D2.

As a sustainable upcycled product, cacaofruit has been rediscovered as an interesting raw material in recent years: a growing number of food innovations are based on cocoa fruit.

Currently, the biggest success story for the cacaofruit is kiukiu – a Latin cocktail element for exciting drinks – both with and without alcohol. Inspired by the diversity of cocoa fruit, we joined forces with bartenders Chloé Merz and Jörg Meyer and brand expert Volker Weinlein to launch this beverage innovation on the European market in October 2021. More info on kiukiu can be found here.

Cacaofruit trees grow in tropical regions around the equator, where the hot and humid climate promotes optimal growth. The cacaofruit, which grows on the trunk and branches of the cacaofruit tree, consists of the shell, pulp, juice and the seeds or chocolate beans.

The seeds of the cacaofruit are traditionally processed into chocolate. They make up only about 30% of the fruit and are surrounded by a juicy, white pulp called cacao pulp. The fruit is surrounded by a hard, thick shell called a cascara. Once ripe, the colorful fruit is carefully selected and harvested by hand, cleaned and opened to remove the seeds from the fresh white pulp. It usually begins at the end of the rainy season and continues into the early months of the dry season.

For centuries, the cacaofruit has been harvested for its beloved seeds. When people speak of cacao, they associate it with beans, powder and chocolate. Over time, the association with the fruit has been lost. But just like an apple or an orange, the caca fruit has its own unique fruity flavor. Around 14 million tons of cocoafruit are harvested each year around the world to make chocolate. Since only their kernels were used, 70% of the fruit was thrown away as waste.

With the rediscovery of cacaofruit as a raw material for food & beverage products, 100% of the fruit is now being utilized. This not only opens up an innovative new ingredient for the food industry, but also provides farmers with additional income. 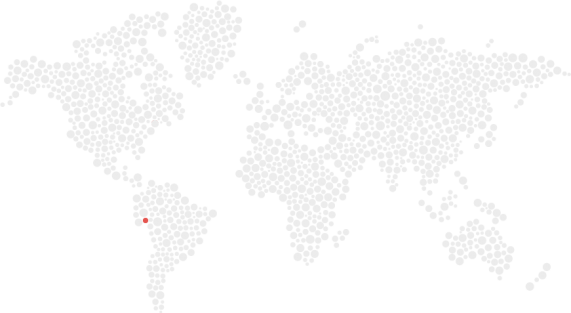